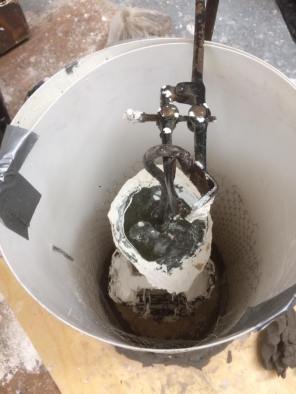 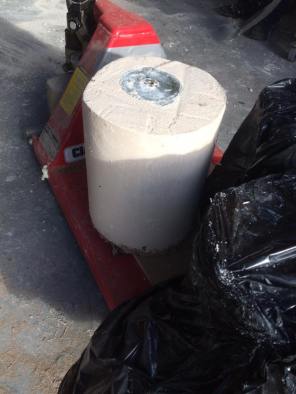 In a Tupperware box at the back of a wardrobe shelf lies a group of small stony objects, each with a faded numbered label. Some of the labels have fallen off as the glue has deteriorated over time. Also in the box is a descriptive list. This is my childhood collection of fossils, acquired around 1964. The list was compiled by a curator at Liverpool Museum, who in those pre-Google and less hurried times identified all the fossils for me and wrote a short description of each of them.

Depending on how it is measured this collection might be seen as fifty years old or as 150 million years old: it embodies Deleuzian multiplicities of time.

One of the advantages of age is the opportunity it brings to explore multiple personal histories within one lifetime. Often such explorations are triggered by an old but familiar object which can bring a distant memory directly into the present.  In The Poetics of Space Gaston Bachelard describes the power of objects to create images not only in the mind but in the body too. For Bachelard, childhood memories are “physically inscribed’ in us, held in our ‘fingertip memory’: our hands as well as our minds recall the feel of a particular door handle, rug or table top. Bachelard moves on to consider the point where the personal and the universal meet, where the imagination allows us to consider Man as the surface that separates the region of the same from the region of the other.

Among the objects in my Tupperware box of fossils is part of a Belemnite, an ancient ancestor of our modern squid, which lived in South-East England. Although the soft parts of the creature disappeared in pre-history, a bullet-shaped part of its hard, shell-like internal skeleton, called the guard or rostrum, did survive and became fossilised. The guard was situated at the opposite end to the creature’s head and is thought to have been a counter-balance to the Belemnite’s  buoyancy aid, the phragmacone. 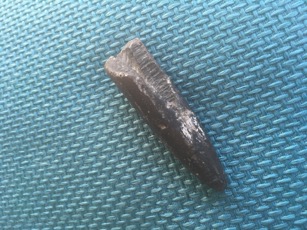 Separated from our Belemnite by some one hundred and fifty million years is another bullet shaped object, a Bul-It smoking pipe with an internal filtration system.  Made of brass, gunmetal, and aluminium it is manufactured by Red-Eye and can be used for smoking a variety of substances.

This shiny, contemporary and man made object gives us an intensified focus when it is juxtaposed with the similarly shaped prehistoric fossil. Bachelard urged dissociation from the freight of the scientific and cultural past; the philosopher must be receptive to the image. He related new poetic images to ancient archetypes in the unconscious, but the relationship to the archetype is not a causal one; it is the brilliance of the current image which makes that from the distant past resound with echoes. His ideas on the prehistory of images are underscored by the fact that he was writing at the age of seventy-four:

‘it is not until late in life that we really revere an image, when we discover that its roots plunge well beyond the history that is fixed in our memories…we start musing on primitiveness’.

I put these two bullet-shaped objects together, and similarly paired the other fossils with modern items, in an exhibition exploring ideas of fluid timescales and evolution. All the objects were small enough to be held in the hand. This haptic aspect of the installation was intended to awaken the ‘fingertip memory’, and perhaps provide the imaginative links of which Bachelard wrote, between ancient and modern and between the personal and the universal.